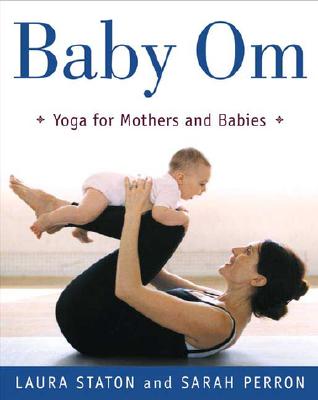 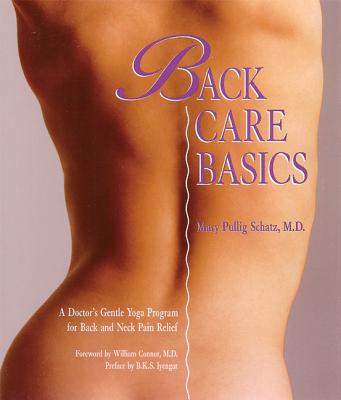 Back Care Basics: A Doctor's Gentle Yoga Program for Back and Neck Pain Relief

In Search of Mind 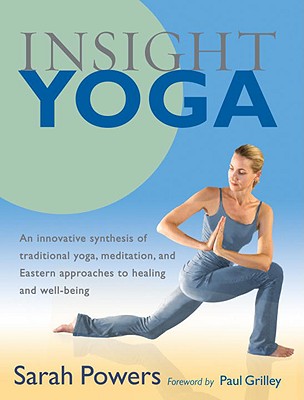 Insight Yoga: An Innovative Synthesis of Traditional Yoga, Meditation, and Eastern Approaches to Healing and Well-Being

Acclaimed yoga and meditation teacher Sarah Powers is known and loved for her unique approach--Insight Yoga--which combines traditional yoga with the meridians of Chinese medicine, as well as Buddhist meditation. Using Yin (passive) and Yang (dynamic) poses, she demonstrates a series of different yoga sequences that bring benefit to organs, muscles, joints, and tendons--as well as the mind. She also provides a foundational explanation of traditional Chinese medicine theory and mindfulness meditation instruction. Sarah Powers brings us on an inspiring journey inward, and shows the path for cult...
View More... 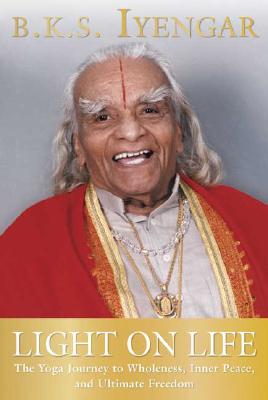 Light on Life: The Yoga Journey to Wholeness, Inner Peace, and Ultimate Freedom

B.K.S. Iyengar--hailed as "the Michelangelo of yoga" (BBC) and considered by many to be the most important living yoga master--has spent much of his life introducing the modern world to the ancient practice of yoga. Yoga's popularity is soaring, but its widespread acceptance as an exercise for physical fitness and the recognition of its health benefits have not been matched by an understanding of the emotional, intellectual, and spiritual development that the yogic tradition can also offer. In "Light on Life," B.K.S. Iyengar brings readers this new and more complete understanding of the yogic ...
View More... 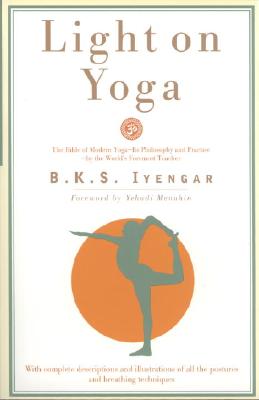 Light on Yoga: The Bible of Modern Yoga...

Meditation Mind and Patanjali's Yoga : A Practical Guide to Spiritual Growth for Everyone 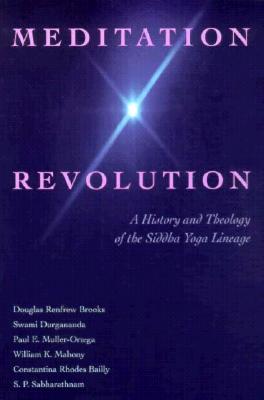 Meditation Revolution: A History and Theology of the Siddha Yoga Lineage

Although the Western world has long been attracted to Indian spirituality, few credible scholarly works have explained its concepts and practices to the satisfaction of the Western mind. This intriguing, collaborative book explores in depth a path of meditation rooted in the Indian yogic tradition which has had tremendous impact on students of spirituality since the 1970s. At its heart is the work of two teachers: Swami Muktananda, who introduced Siddha Yoga to the West, inspiring what he called a "meditation revolution, " and Gurumayi Chidvilasananda, who has brought Siddha Yoga to maturity a...
View More... 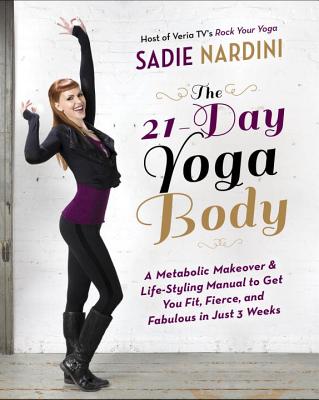 The 21-Day Yoga Body: A Metabolic Makeover and Life-Styling Manual to Get You Fit, Fierce, and Fabulous in Just 3 Weeks

Are you ready for a total body transformation? In "The 21-Day Yoga Body," renowned wellness warrior and lifestyle expert Sadie Nardini gives you a program to renovate your body, mind and spirit. This fast-acting program, based on Sadie's potent inspirations, real-world recipes and unique Core Strength Vinyasa yoga style will turbocharge your results: speed up your metabolism, build lean muscle, and burn fat, all while building nutritional savvy and emotional strength. Designed to fit into your busy life, each day of the three-week plan includes a series of daily lifestyle tips, new-generat...
View More... 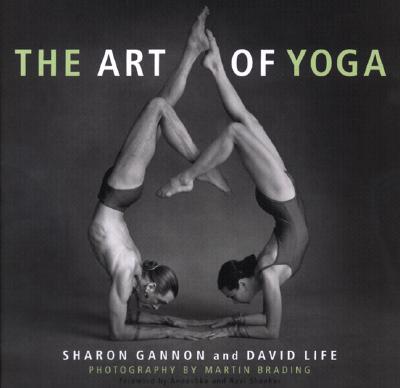 The Art of Yoga

The Art of Yoga presents stunning images that capture more than 100 asanas, the physical postures in yoga practice, as exhibited by two of the world's best-known and most-respected teachers of the discipline. The culmination of a ten-year collaboration by Sharon Gannon and David Life with noted Britishborn photographer Martin Brading, each of the magnificent black-and-white images captures the physical intricacy of a position. Brief excerpts from ancient Sanskrit texts, together with the authors' commentary, crystallize each posture's spiritual essence.The Jivamukti Yoga method illustrated ...
View More... 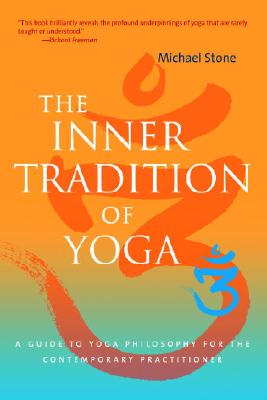 The Inner Tradition of Yoga: A Guide to Yoga Philosophy for the Contemporary Practitioner

There is more to the tradition of yoga than toning and strengthening. At the root, there is a vast and intriguing philosophy that teaches the ethics of nonviolence, patience, honesty, and respect. Michael Stone provides an in-depth explanation of ancient Indian yogic philosophy along with teachings on how to bring our understanding of yoga theory to deeper levels through our practice on the mat--and through our relationships with others. To learn more about the author, Michael Stone, visit his website: www.centreofgravity.org
View More... 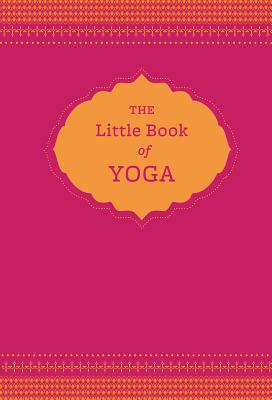 The Little Book of Yoga 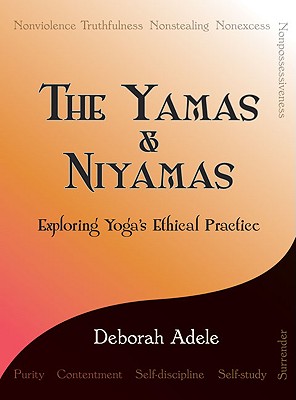 The first two limbs of the eight-fold path of yoga sutras--the basic text for classical yoga--are examined in this spiritual guide to the practice of yoga. Foundational to all yogic thought, they are considered to be the guidelines to the yoga way of living that free individuals to take ownership of their lives, direct them toward the fulfillment they seek, and gain the skills to choose attitude, thought, and action. The first five guidelines are referred to as the "yamas--"a Sanskrit word that translates to "restraints"--and encompass nonviolence, truthfulness, not stealing, nonexcess, and no...
View More... 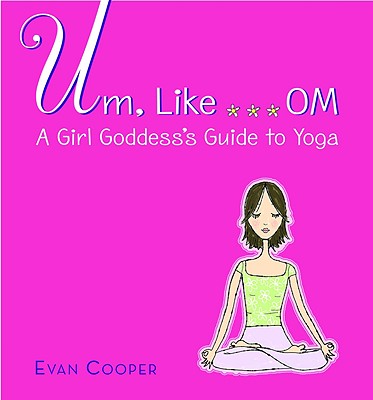 The perfect primer for yoga enthusiasts, Um, Like... OM goes above and beyond teaching the technique of yoga: it reveals how yoga can help teenage girls face any challenge that comes their way, from dealing with difficult parents to break-ups to the pressure to conform. Written in a hip and empathetic voice by a yoga practitioner who knows all about the ups and downs of the teenage years, this book also provides tips and tricks on how girls can tell their inner critic to take a hike and embrace the girl goddess within. Packed with illustrated yoga poses, real-life teen stories, inspiring quota...
View More... 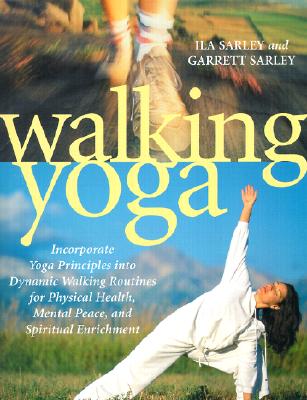 Improve your health, vitality, relationships, and self-awareness with this stimulating new exercise programFor centuries, Westerners and Easterners alike have embraced the discipline of yoga as a way to physical health and spiritual fulfillment. More recently, fitness experts everywhere have recognized walking as one of the most beneficial (and least injurious) aerobic exercises. Now Ila and Garrett Sarley teach you how to combine both activities for a routine that will rejuvenate your spirit and calm your mind, while improving your cardiovascular system.You'll learn the basics of yoga -...
View More... 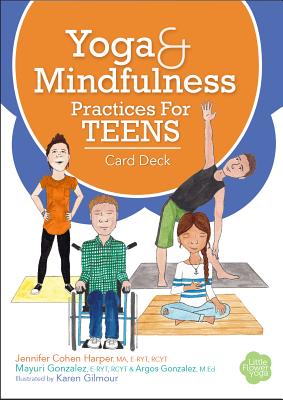 Yoga as Medicine: The Yogic Prescription for Health and Healing 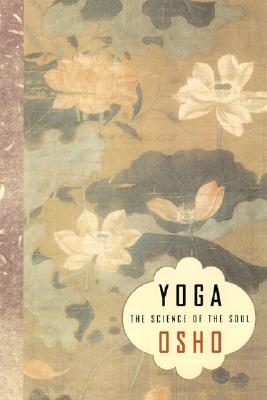 Yoga: The Science of the Soul

Much of what is known as yoga today emphasizes physical postures and exercises to increase flexibility and help relaxation. But in fact, yoga has its roots in centuries of rigorous investigation and research in the East to develop an understanding of human consciousness and its potential. In "Yoga," Osho explains the meaning of some of the most important Yoga Sutras of Patanjali, an early "scientist of the soul" who is credited with being the father of Raja Yoga, or the "royal path" of yoga that uses physical postures and breath primarily as a means to achieve higher states of consciousnes...
View More...