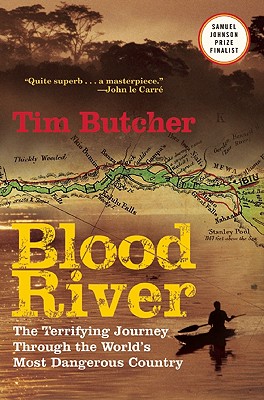 Blood River: The Terrifying Journey Through The World's Most Dangerous Country

Published to rave reviews in the United Kingdom and named a Richard & Judy Book Club selection--the only work of nonfiction on the 2008 list--Blood River is the harrowing and audacious story of Tim Butcher's journey in the Congo and his retracing of legendary explorer H. M. Stanley's famous 1874 expedition in which he mapped the Congo River. When Daily Telegraph correspondent Tim Butcher was sent to Africa in 2000 he quickly became obsessed with the legendary Congo River and the idea of recreating Stanley's journey along the three-thousand-mile waterway. Despite warnings t...
View More...