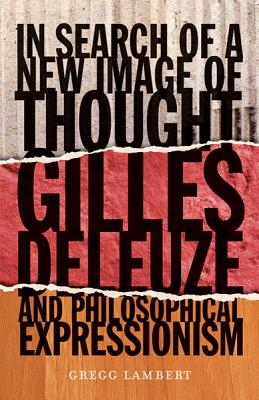 In Search of a New Image of Thought: Gilles Deleuze and Philosophical Expressionism

Gregg Lambert demonstrates that since the publication of "Proust and Signs" in 1964 Gilles Deleuze's search for a new means of philosophical expression became a central theme of all of his oeuvre, including those written with psychoanalyst Felix Guattari. Lambert, like Deleuze, calls this "the image of thought."

Lambert's exploration begins with Deleuze's earliest exposition of the Proustian image of thought and then follows the "tangled history" of the image that runs through subsequent works, such as "Kafka: Toward a Minor Literature," "The Rhizome" (which serves as an introduction to Deleuze's" A Thousand Plateaus"), and several later writings from the 1980s collected in "Essays Critical and Clinical." Lambert shows how this topic underlies Deleuze's studies of modern cinema, where the image of thought is predominant in the analysis of the cinematic image--particularly in "The Time-Image." Lambert finds it to be the fundamental concern of the brain proposed by Deleuze in the conclusion of "What Is Philosophy?
"By connecting the various appearances of the image of thought that permeate Deleuze's entire corpus, Lambert reveals how thinking first assumes an image, how the images of thought become identified with the problem of expression early in the works, and how this issue turns into a primary motive for the more experimental works of philosophy written with Guattari. The study traces a distinctly modern relationship between philosophy and non-philosophy (literature and cinema especially) that has developed into a hallmark of the term "Deleuzian." However, Lambert argues, this aspect of the philosopher's vision has not been fully appreciated in terms of its significance for philosophy: "not only 'for today' but, to quote Nietzsche, meaning also 'for tomorrow, and for the day after tomorrow.'"

Title: In Search of a New Image of Thought: Gilles Deleuze and Philosophical Expressionism 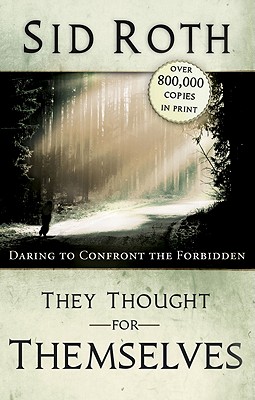 They Thought for Themselves

They Thought for Themselves

In Her Image: The Unhealed Daughter's Search for Her Mother

In Search of a New Image of Thought: Gilles Deleuze and Philosophical Expressionism