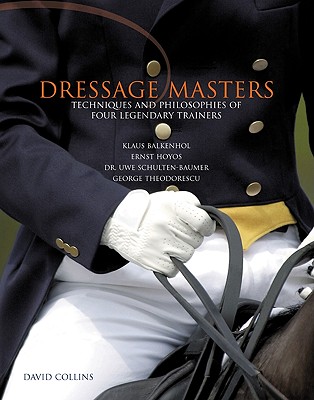 Dressage Masters takes the reader into four of the greatest training stables in Europe. The master instructors express their philosophies and practices with regard to training horses and riders, and the state of dressage in the United States and elsewhere in the world. They also share fascinating and enlightening stories about their own education, and the triumphs and hurdles encountered along their paths to success. The trainers are: - Klaus Balkenhol: Olympic Individual Bronze and two-time gold Team medal winner; coached the German Olympic gold medal team including the individual silver and bronze medalists and the USA Olympic bronze medal team. -Ernst Hoyos: trained Ulla Salzgeber, winner of two Olympic Team gold medals, and Lisa Wilcox, member of the United States Equestrian Team bronze medal squad. -Dr. Uwe Schulten-Baumer: trained Nicole Uphoff and Isabel Werth, Olympic equestrian record holders of four gold medals; Dr Schulten-Baumer Jr., winner of team gold medal in the 1980 Alternate Olympics and 1978 World Championships-George Theodorescu: trainer of many top international teams and riders, including his daughter Monica, three-time Olympic Team gold medalistEach chapter includes insightful descriptions and sequence photographs of exercises and other teaching techniques, and the book concludes with a detailed index that cross-references training problems as a handy guide for the reader-rider's own program.Already eagerly anticipated by the international dressage community, Dressage Masters is destined to become an instant classic in the literature of classical horsemanship.

The USDF Guide to Dressage: The Official Guide of the United States Dressage Federation 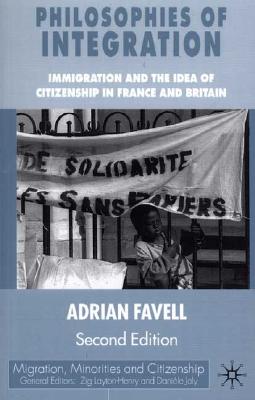 Philosophies of Integration: Immigration and the Idea of Citizenship in France and Britain (Migration, Minorities and Citizenship) 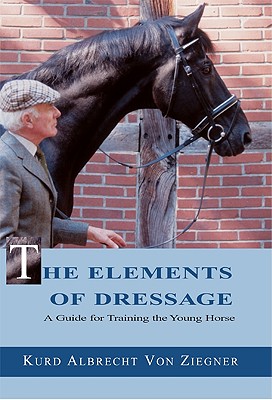 The Elements of Dressage: A Guide to Training the Young Horse