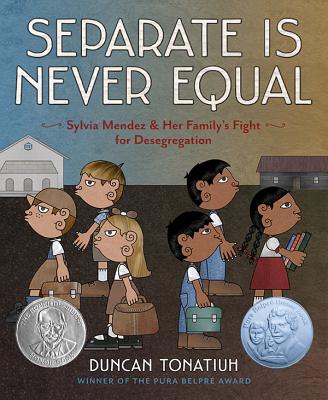 A 2015 Pura Belpr Illustrator Honor Book and a 2015 Robert F. Sibert Honor Book
Almost 10 years before Brown vs. Board of Education, Sylvia Mendez and her parents helped end school segregation in California. An American citizen of Mexican and Puerto Rican heritage who spoke and wrote perfect English, Mendez was denied enrollment to a "Whites only" school. Her parents took action by organizing the Hispanic community and filing a lawsuit in federal district court. Their success eventually brought an end to the era of segregated education in California.

"Younger children will be outraged by the injustice of the Mendez family story but pleased by its successful resolution. Older children will understand the importance of the 1947 ruling that desegregated California schools, paving the way for Brown v. Board of Education seven years later."
--School Library Journal, starred review

"Tonatiuh (Pancho Rabbit and the Coyote) offers an illuminating account of a family's hard-fought legal battle to desegregate California schools in the years before Brown v. Board of Education."
--Publishers Weekly

"The straightforward narrative is well matched with the illustrations in Tonatiuh's signature style, their two-dimensional perspective reminiscent of the Mixtec codex but collaged with paper, wood, cloth, brick, and (Photoshopped) hair to provide textural variation. This story deserves to be more widely known, and now, thanks to this book, it will be."
--The Horn Book Magazine 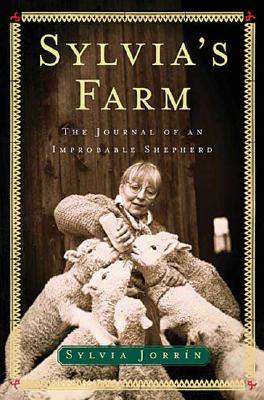 Sylvia's Farm: The Journal of an Improbable Sheperd 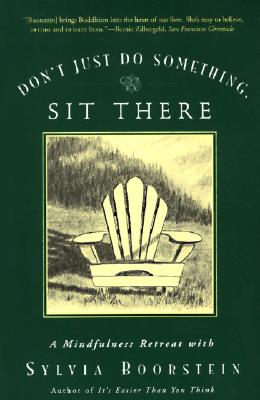 Don't Just Do Something, Sit There: A Mindfulness Retreat with Sylvia Boorstein