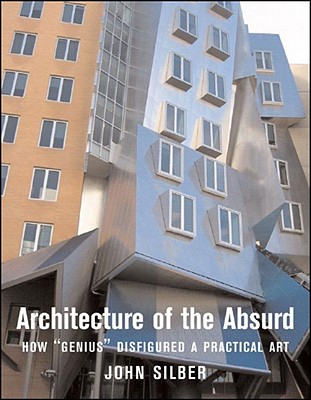 Architecture of the Absurd: How 'Genius' Disfigured a Practical Art

Have you ever wondered why the Guggenheim is always covered in scaffolding? Why the random slashes on the exterior of Daniel Libeskind's Jewish Museum, supposed to represent Berlin locations where pre-war Jews flourished, reappear, for no apparent reason, on his Royal Ontario Museum in Toronto? Or why Frank Gehry's Stata Center, designed for MIT's top-secret Cryptography Unit, has transparent glass walls? Not to mention why, for $442 per square foot, it doesn't keep out the rain? You're not alone.
In "Architecture of the Absurd," John Silber dares to peek behind the curtain of "genius" architects and expose their willful disdain for their clients, their budgets, and the people who live or work inside their creations. Absurdism in a painting or sculpture is one thing--if it's not to your taste, you don't have to look--but absurdism in buildings represents a blatant disregard for the needs of the building, whether it be a student center, music hall, or corporate headquarters.
Silber admires the precise engineering of Calatrava, the imaginative shapes of Gaudi, and the sleek beauty of Mies van der Rohe. But he refuses to kowtow to the egos of those "geniuses" who lack such respect for the craft. Absurdist architects have been sheltered by the academy, encouraged by critics, and commissioned by CEOs and trustees. They stamp the world with meaningless monstrosities, justify them with fanciful theories, and command outrageous "genius fees" for their trouble.
As a young man, Silber learned to draw blueprints and read elevations from his architect father. In twenty-five years as president of Boston University, Silber oversaw a building program totaling 13 million square feet. Here, Silber uses his experience as a builder, a client, and a noted philosopher to construct an unflinchingly intelligent illustrated critique of contemporary architecture.
Le Corbusier's megalomaniacal 1930s plan for Algiers, which called for the demolition of the entire city, was mercifully never built. But his blatant disregard for context and community lives on. In Boston, Josep Lluis Sert's unprotected northeast-facing entrance to the B.U. library flooded the first floor with snow and ice every New England winter. In Los Angeles, sunlight glinting off the sharply angled steel curves of Gehry's Walt Disney Music Hall raises the temperature of neighbors' houses by 15 degrees. And of course, Libeskind's World Trade Center plan, with its spindly 1776-foot tower and quarter-mile-high gardens, proved so impractical it had to be re-designed, in an exasperating negotiation hardly worthy of the complex tragedy of the site.
Dr. Silber, an honorary member of the American Institute of Architects, asks all the questions that critics dare not. He challenges architects to derive creative satisfaction from meeting their clients' practical needs. He appeals to the reasonable public to stop supporting overpriced architecture. And most of all, he calls for responsible clients to tell the emperors of our skylines that their pretensions cannot hide the naked absurdity of their designs. 103 color illustrations.

Title: Architecture of the Absurd: How 'Genius' Disfigured a Practical Art

Architecture Beyond Architecture: Creativity and Social Transformations in Islamic Cultures the 1995 Aga Khan Award for Architecture 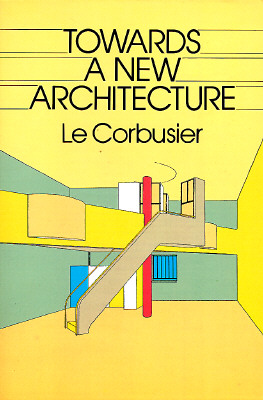 Architecture of the Absurd: How 'Genius' Disfigured a Practical Art