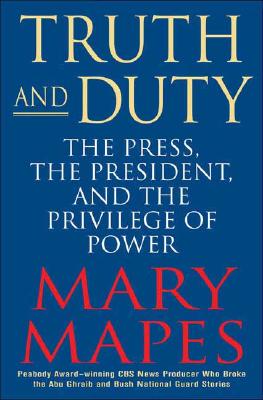 Truth and Duty: The Press, the President, and the Privilege of Power

It was a great story. A true story. The kind of story any news producer would love to report, nail down and get on the air. And that's just what Mary Mapes and her producing and reporting team did in September, 2004, when Dan Rather anchored their report on President George W. Bush's dereliction of his National Guard duty for CBS News. The firestorm that followed their broadcast trashed Mapes' well-respected career, caused Rather to resign from his anchor chair a year early, and led to an unprecedented "internal inquiry" into the story--chaired by former Reagan Attorney General Richard Thornburgh.
TRUTH AND DUTY is Mapes' account of the often-surreal, always-harrowing fallout she experienced for raising questions about a powerful sitting president. It goes back to examine Bush's political roots as governor of Texas and answers questions about the solidity of the documents at the heart of the National Guard story as well as where they came from. Her book takes readers not just into the newsroom where coverage decisions are made, but out into the field where the real reporting is done. TRUTH AND DUTY is peopled with a colorful and vigorous cast of characters--from Karl Rove to Sumner Redstone, Bill Burkett to Dan Rather--and moves from small-town rural Texas to the deserts of Afghanistan, from hurricane season in Florida to CBS corporate headquarters Black Rock in New York City.
TRUTH AND DUTY is a riveting account of how the public's right to know--or even to ask questions--is being attacked by an alliance of politicians, news organizations, bloggers and corporate America. It connects the dots between the emergence of a kind of digital McCarthyism, a corporation under fire from the federal government, and the decision about what kinds of stories a news network can cover (human interest: yes; political intrigue: no).
An answer to Bernard Goldberg and the thunder from the right, TRUTH AND DUTY is always fast, sometimes furious, and often unexpectedly funny about the collapse of one of America's great institutions.

Title: Truth and Duty: The Press, the President, and the Privilege of Power 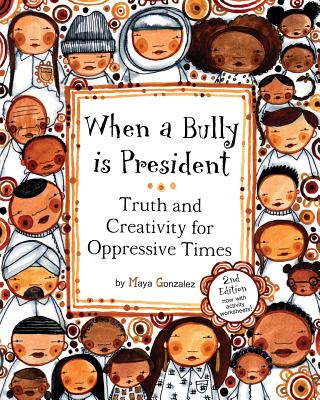 Truth and Duty: The Press, the President, and the Privilege of Power