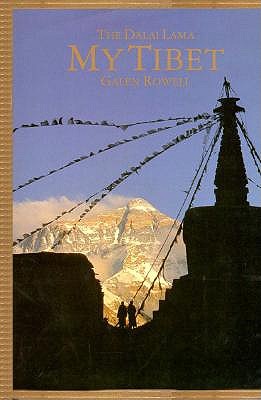 My Tibet, Text by his Holiness the Fourteenth Dalai Lama of Tibet

One of the world's spiritual leaders and a renowned wilderness photographer combine their vision of Tibet in this stunningly beautiful book. Essays by the Fourteenth Dalai Lama appear with Galen Rowell's dramatic images in a moving presentation of the splendors of Tibet's revered but threatened heritage.

When Chinese communist troops invaded Tibet in 1950, the author was fifteen years old and the spiritual and temporal ruler of a nation the size of western Europe. Tenzin Gyatso, the Fourteenth Dalai Lama of Tibet, appealed to the United Nations for help and then fled across the Himalaya in winter to a border town, where he anxiously awaited political aid that never came. Like the mythical kingdom of Shangri-La, Tibet had sought isolation from the rest of the world. Diplomatic relations and foreign visitors had been shunned, and few people in the West knew what cultural and natural treasures lay threatened there. In the years that followed, the Dalai Lama struggled to maintain peace in Tibet and to protect his people's ways, but in 1959 he was forced to flee to India, where he remains today. There he has established a government in exile in Dharamsala that has endeavored to preserve Tibetan culture while preparing for a peaceful return to a free Tibet. As the Chinese cautiously opened select Tibetan doors to visitors in the 1980s, a sickening realization stole over the rest of the world: Tibet had been ravaged by the Chinese occupation. All but a dozen of Tibet's six thousand monasteries had been destroyed. Much of the once-bountiful wildlife had disappeared. A sixth of the population had perished. The picture seemed so bleak that many wondered whether there was anything worth saving in this wounded land. The Dalai Lama's heartening answer and Galen Rowell's magnificent photographs leave no doubt that the mystery and enchantment of Tibet, though seriously endangered, are still alive. To Tibetans the Dalai Lama is an incarnation of the Buddha of compassion. He has spent the last thirty years tirelessly advocating nonviolence and compassion to all living things as the answer to Tibet's plight. "My religion is simple," he says, "my religion is kindness." My Tibet movingly elaborates this message: here the Dalai Lama offers his views on how world peace, happiness, and environmental responsibility are inextricably linked. He explains the meaning of pilgrimage for Tibetan Buddhists and gives an engaging account of his early life in Lhasa, the capital of Tibet. In addition, he reveals many sides to his nature--compassion, profound faith, common sense, generosity, a playful sense of humor--in personal reflections matched here to 108 photographs of the land he hasn't seen since 1959. Together the breathtaking photographs, which express Rowell's own commitment to the natural world, and the Dalai Lama's observations help preserve the enduring meaning of Tibet's culture, religion, and natural heritage.

Title: My Tibet, Text by his Holiness the Fourteenth Dalai Lama of Tibet

The Buddhism of Tibet and The key to the middle way / Tenzin Gyatso, the Fourteenth Dalai Lama ; translated in the main by Jeffrey Hopkins and Lati Rimpoche 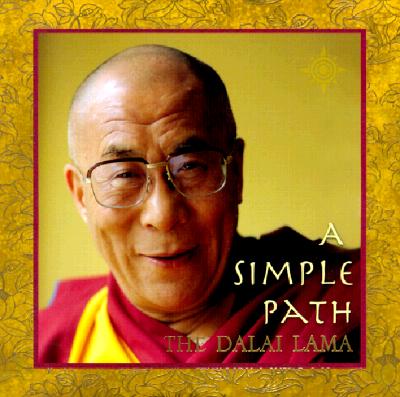 By: XIV, Dalai Lama,Lama, His Holiness the Dalai

Freedom Through Understanding: The Buddhist Path to Happiness and Liberation 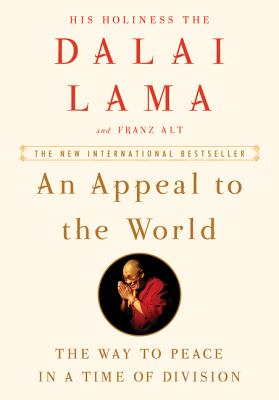 An Appeal to the World: The Way to Peace in a Time of Division

My Tibet, Text by his Holiness the Fourteenth Dalai Lama of Tibet